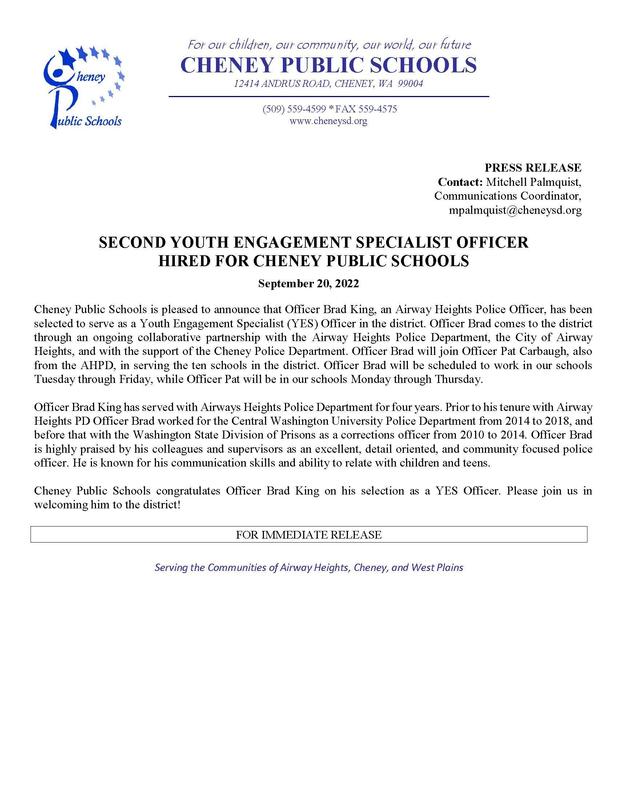 Officer Brad King has served with Airways Heights Police Department for four years. Prior to his tenure with Airway Heights PD Officer Brad worked for the Central Washington University Police Department from 2014 to 2018, and before that with the Washington State Division of Prisons as a corrections officer from 2010 to 2014. Officer Brad is highly praised by his colleagues and supervisors as an excellent, detail oriented, and community focused police officer. He is known for his communication skills and ability to relate with children and teens.

Cheney Public Schools congratulates Officer Brad King on his selection as a YES Officer. Please join us in welcoming him to the district!